The Cheerful yet Fleeting Rapeseed Flowers of England

Yellow fields stretch as far as the eye can see

During the month of June, England is filled with fields of yellow Rapeseed flowers! The green countryside of England turns a cheerful yellow as all along the roads in Cambridgeshire there are yellow rapeseed fields as far as the eye can see. I couldn’t wait to visit some of these cheerful fields with my mom. We had a fabulous time walking through these brightly coloured fields and trying to capture the flowers on film. 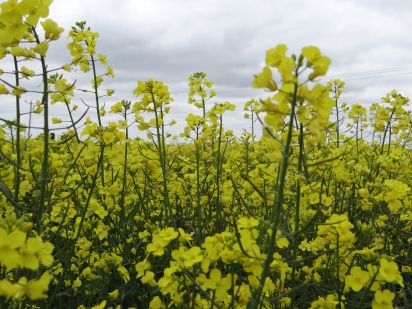 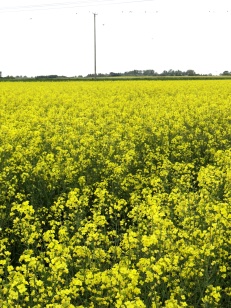 Such a cheerful sight!!

The vibrant yellow flowers dominate many parts of rural Britain during the start of summer as oil from rapeseed is commonly used both in the home and in food production.

In a field of cheerful yellow flowers!!

The rolling fields of England are bright yellow! 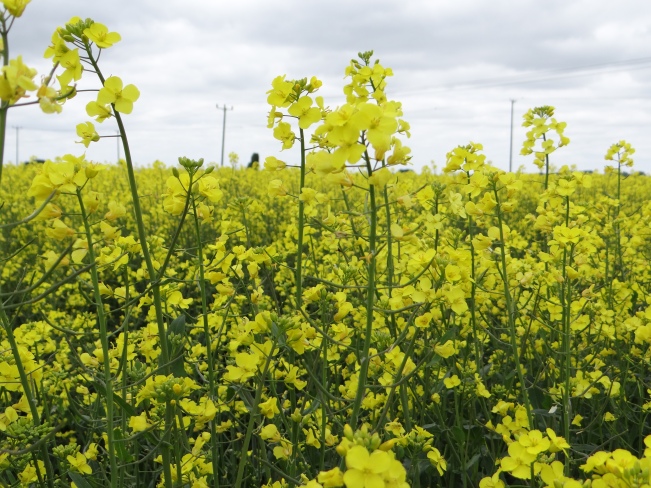 Thanks to the recent warm weather and an increased demand from China and India British farmers are growing record crops of rapeseed. I have heard that it has even now become a tourist attraction as people from all over the world come to see the rolling fields of England covered in yellow. 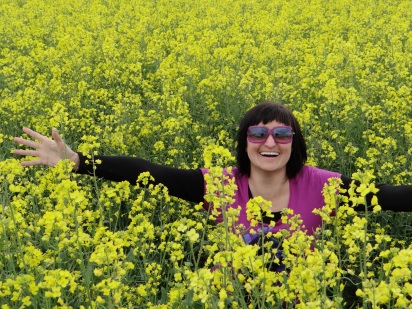 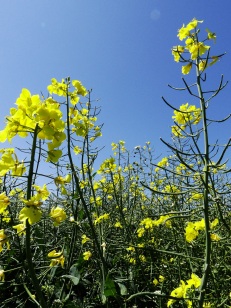 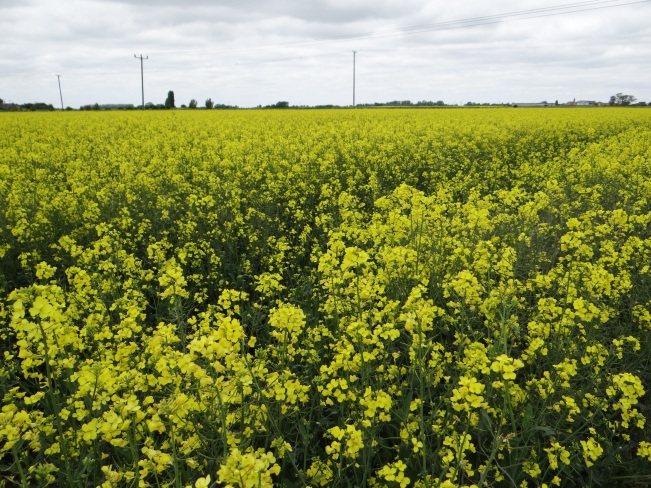 I actually thought that I would have ample opportunity to drive around and visit varies rapeseed fields but the Rapeseed plants only bloom for about two weeks. 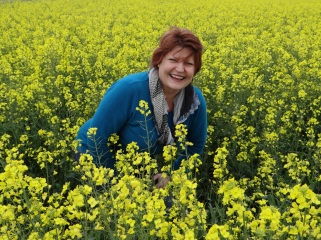 Mom in the field!!

Demand for the oil, known as Canola in the US, has rocketed as it is seen as a healthy home-grown alternative to imported olive oil. Rapeseed oil contains less saturated fat and has far more omega 3 fatty acids than olive oil and it also contains vitamin E. Sounds quite healthy but I haven’t had the opportunity to try it yet. Wonder if it will affect the taste of food?

The perfect place for a “YELLOW” experience

Rapeseed is grown for the production of animal feed, vegetable oil for human consumption, and biodiesel. 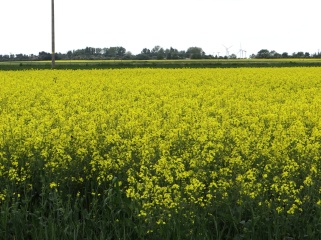 In North America, the term “canola” — a contraction of Canada and ola, for “oil” — is widely used to refer to rapeseed, and is now a trade name for “double low” (low erucic acid and low glucosinolate) rapeseed. Canola is also used in the production of margarine. 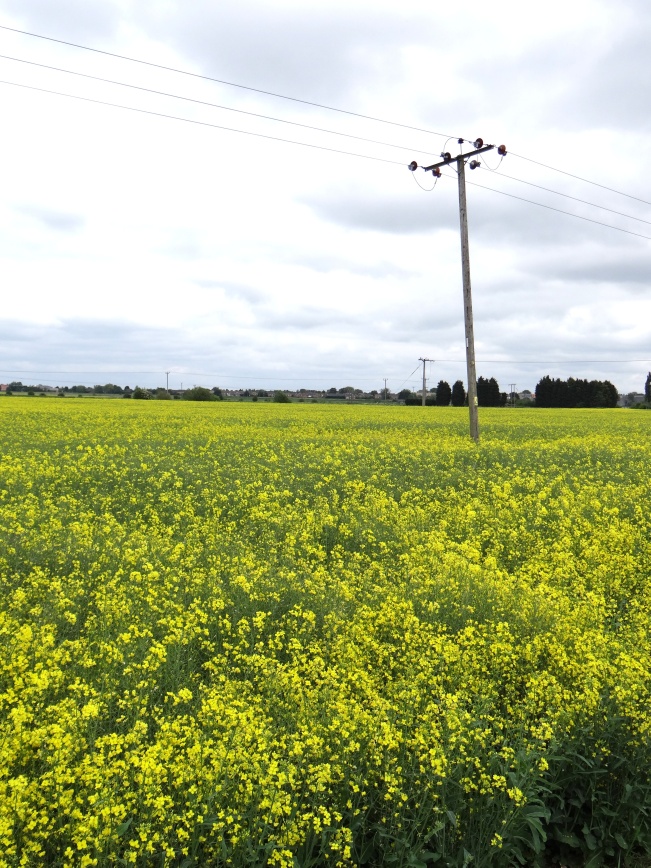 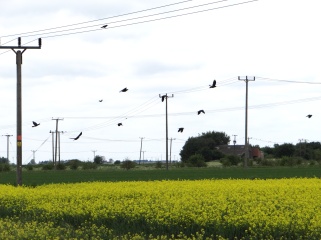 Rapeseed leaves and stems are also edible and are sold as greens, primarily in Asian groceries, including those in California, where it is known as yao choy or tender greens. They are eaten as sag (spinach) in Indian and Nepalese cuisine, usually stir-fried with salt, garlic and spices. I am definitely going to be on the lookout for this next time I visit an Asian country or grocery store.

36 Responses to The Cheerful yet Fleeting Rapeseed Flowers of England