The Socialist Sculpture Park in Moscow

I explored the Tretyakov gallery area a couple of times during the first sunny weeks of May 2012. It was lovely just getting out of the small flat  after the long harsh winter, and spending some time outside in the sunshine.

Small church I found tucked between buildings, I couldnt even find it on the map 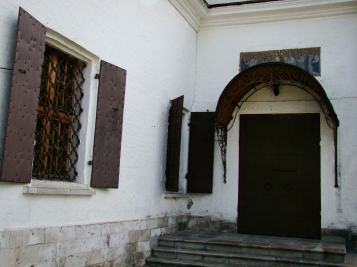 The entrance to the small church. It doesnt look very inviting

As I walked through the numerous side streets of this district I eventually reached the Moscow River. The whole of Moscow is filled with countless of beautiful old buildings and small churches hidden between them. I don’t know what this church is named , as I couldnt find it on the map, but it was lovely inside and smelled of incense and rose oil. I love that most of the churches are filled with icons and candles, makes it feel very mystical inside.

The church is small and old but very beautiful

Lovely mosaic outside the church

Close to this little church I came across the Socialist sculpture park. I didn’t realize you had to pay to enter the park so I just walked in and it must have looked as if I belonged because nobody stopped me. It was only on my second visit here that I was stopped and made to pay the entrance fee. Luckily for me I had my head phones in and didn’t say a word as I handed over my money so the lady took me for a Russian and I ended up paying half of what foreigners pay to enter. 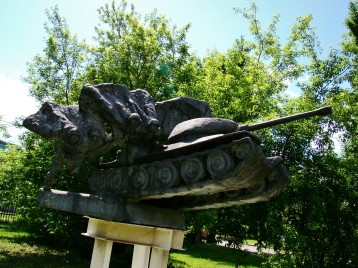 The park is filled with discarded statues

The Park was established by the City of Moscow in 1992 and currently displays over 700 sculptures that had been brought here from all over the city when they tried to get rid of all the communist statues.

In October 1991, when the Soviet Union collapsed, smaller socialist realism statues of Soviet leaders and unidentifiable workers and peasants were removed from their pedestals, hauled to the park and left in their fallen form. The park became a big statue dumping ground.

At least some busts were put on podiums 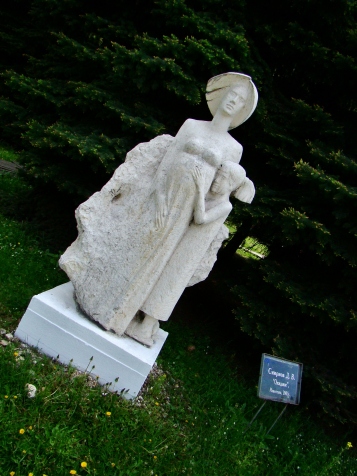 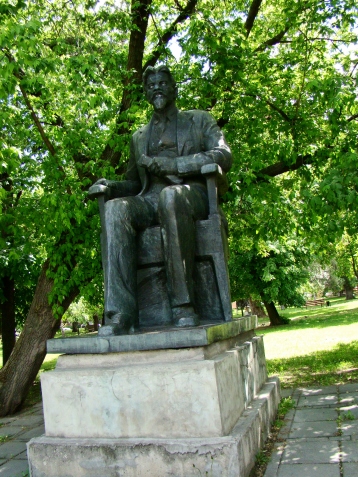 A forgotten war hero or politician

I cant see how this sculpture can be communistic

Most of themse starues were turned upright later, although they were all missing their original pedestals and some were broken beyond repair.

In 1995, Muzeon added a World War II section – these sculptures, of the same socialist realism vintage, were never displayed in open air before then. In 1998 the park acquired 300 sculptures of victims of communist rule made by Evgeny Chubarov, and was installed as a single group. 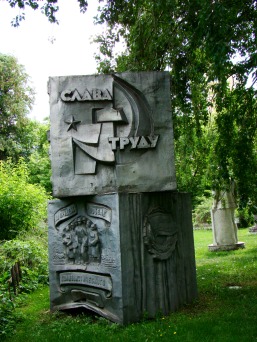 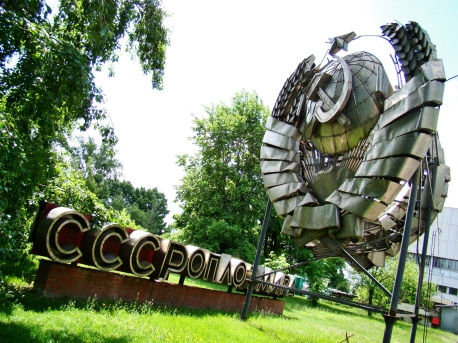 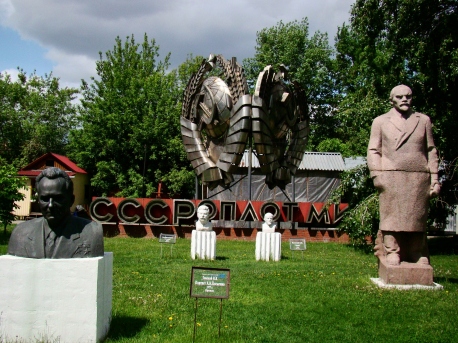 SSSR section with a statue of Lenin on the right 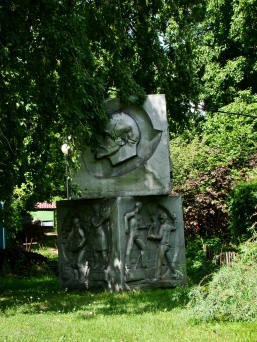 Another sculpture with Lenin

I think the most stunning of these fallen statues is a bust of Stalin (whose nose has been broken off). There are a couple of statues of Lenin and some Soviet emblems. The saddest part is that they have a whole section that is filled with the heads of statues that were destroyed while being moved here. 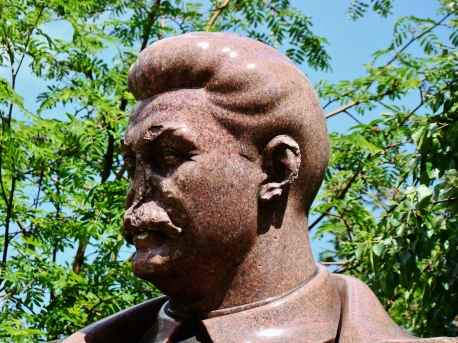 Statue of Stalin whose nose has been broken off

The broken heads close up 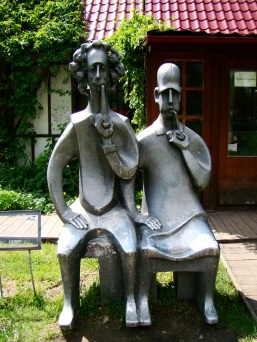 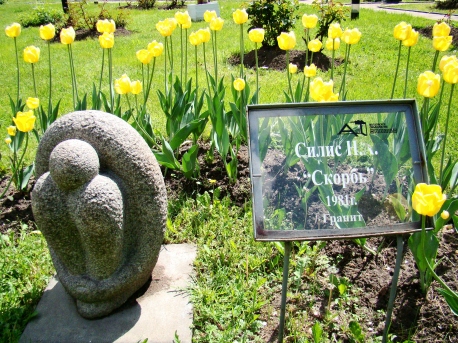 Cant see how this sculpture is political 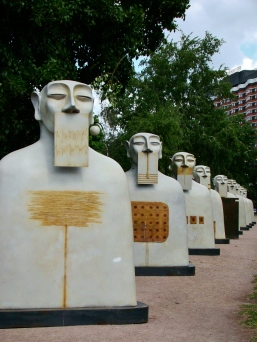 There was a whole row of these sculptures

This park is right next to the Moscow River and I love just sitting here with a book or just to walk around whenever I have the time.

Postcard writing time!!! A lovely sunny summers day, perfect for sitting outside with a cup of tea and some letters and postcards to fill up and send off to different parts of the world 💚💚 #postcardlove
Couldn't resist combining the found poetry of Wanderlust week 23 with my angel I created after being inspired by the #fodderchallenge!! Had so much fun creating a "home" for her, it brought more than a smile to my heart. 💚
The postman has made a couple of trips over to my place this month. If only he knew how much joy these postcards bring me💚💚 #postcardlove @fwfgkula
Postcard love from all over the world this week... Greece, UK, USA and Germany!! There is nothing like the feeling of receiving a postcard from afar... 💚💚💚 I feel so loved right now, thank you @fwfgkula
After Wanderlust week 22 I feel inspired to create a couple more layered pages for the countless poems I have in my inspiration box!! 💚 This one is a reminder to move forward and not to go back to the old "comfortable".
Wanderlust Week 21started with a poem for now, a reminder to myself to honor my past,and all it has taught me as I start the next part of my journey💚.