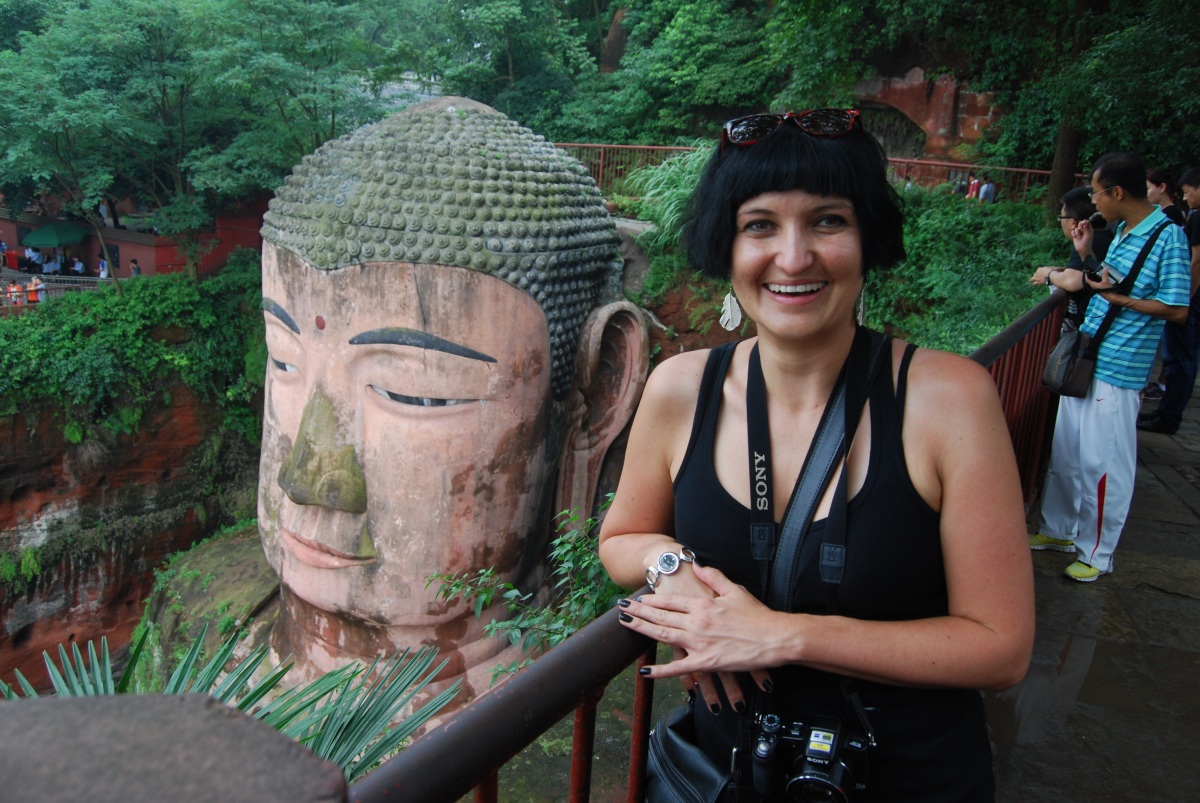 Mom and I in front of the Leshan Giant Buddha

“MASTERPIECE.  No matter where you are (and where you’ve been), I’m certain you’ve stumbled upon something extraordinary: a place that blows your mind; a work of art or object that speaks to you; or even a location or scene that’s special, unusual, or even magical in some way.”

I thought of the Dafu or Leshan Giant Buddha that I had the opportunity to see while on my China Odyssey with my mom.

The stairway leading down to the feet of the Buddha

This Buddha is seated with his hands resting on his knees

Construction on the Leshan Giant Buddha started in 713, led by a Chinese monk named Haitong. He hoped that the Buddha would calm the turbulent waters that plagued the shipping vessels traveling down the river. When funding for the project was threatened, he is said to have gouged out his own eyes to show his piety and sincerity. After his death, however, the construction was stuck due to insufficient funding. About 70 years later, a jiedushi decided to sponsor the project and the construction was completed by Haitong’s disciples in 803.

Apparently the massive construction resulted in so much stone being removed from the cliff face and deposited into the river below that the currents were indeed altered by the statue, making the waters safe for passing ships.

When the Giant Buddha was carved, a huge thirteen story wooden structure, plated in gold, was built to shelter it from rain and sunshine. This structure was destroyed and sacked by the Mongols during the wars at the end of the Yuan Dynasty. From then on, the stone statue was exposed to the elements.

At 71 meters tall, it is the largest stone Buddha in the world and it is by far the tallest pre-modern statue in the world. 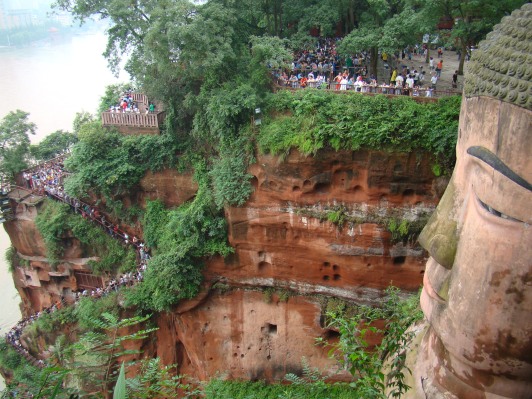 There is a local saying: “The mountain is a Buddha and the Buddha is a mountain”.