The herd emerged and continued straight towards us

As the herd headed towards us my heart started pumping faster

Male adult elephants need over 70,000 calories each day. That’s as many calories as you’d find in 127 Big Mac sandwiches!

Humans are known to kill elephants for their ivory tusks.

The average lifespan for an elephant is 60-70 years.

We got really up close to a huge herd of Elephants. The herd approached us from the front and then walked past us. I am sure that if I really wanted to touch one of them I could have just reached out. It was amazing being surrounded by these beautiful majestic creatures and an experience I will always treasure.

Female elephants live in troops. One old mom is in charge. She decides where to sleep and look for food. All the mama elephants help take care of the babies. Male elephants usually live alone.

Elephants take care of each other. If one elephant is sick, other elephants will stay with it.

Elephants form deep family bonds and live in tight matriarchal family groups of related females called a herd. The herd is led by the oldest and often largest female in the herd, called a matriarch. Even though the elephant that walked right to us was a female, she was still extremely intimidating.

Scientists discovered that elephants sing. They use an ultrasound rumble too low for humans to hear to keep the heard together and to find mates.

Elephants can be dangerous if frightened or angered.

Herds consist of 8-100 individuals depending on terrain and family size. I did not count how many elephants were in this herd but I am sure it was more than 25.

They spend 16 hours a day eating.

Elephants are herbivores meaning they only eat plants and vegetables no meat.

When a calf is born, it is raised and protected by the whole matriarchal herd. This small calf was safe between two females and they made sure that he did not venture close to us. Males leave the family unit between the ages of 12-15 and may lead solitary lives or live temporarily with other males.

A male elephant is called a bull.

Elephants are around 200 pounds when they are born. That’s one big baby!

This was definitely one of the top amazing moments I had in the Timbavati. 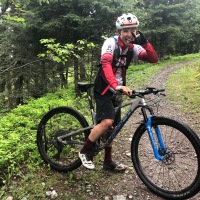 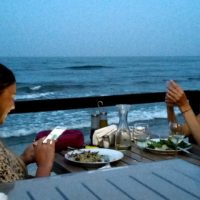 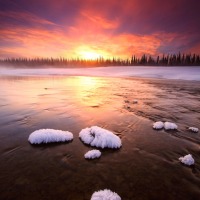